Following Martin Puckett's success in the Men's Singles competitions focus moved to the National Fours competition where Martin Puckett, Nick Voss, George Spracklen & Darren Nutman  played D Snell (Westlecot) on Sunday 3rd April at 18:00. After a slow start the boys found their line and length and ran out easy winners 20-5. The next round found them up against Lewis King(Swale) and after a close game the Dorchester quartet won 19-12. In the quarterfinals their luck ran out and they went down 13-18 to a Cumbria quartet led by Trevor Taylor.

Wednesday 6 April 2022 saw the start of the Men's Triples where Martin, Nick & Darren  played Rob Newman (Whiteknights). This was a very tight game which saw the Dorchester Triple victorious 13-12.  The next round saw the Dorchester triple take on Michael Cheeseman (Bromley) on Thursday 7 April 2022 at 9:30.  After 18 ends the teams were tied at 16 all, so the game went into an extra end, which unfortunately was won by the Bromley triple.

Following his success in the Men's Singles, Martin Puckett played 2 wood singles on Wednesday 30 March 2022.  Martin won his first game at 9:30 against A Pulford(Mid Suffolk) 21-3 and then in the quarter-finals beat Tom Bishop(Bromley) 21-11. In the semi-final he beat Martin Heitzman(Falaise) 21-14 but in the final he came up against Jamie Walker(Torquay Utd) and was beaten 18-21.  Another fine game but Martin was not able to complete what would have been an historic double.

A massive well done to our very own Martin Puckett who has just won the English Indoor Bowling Association mens national singles!!

Following victories over Pat Briscoe(Century) 21-20 and Nicky Brett(Huntingdon) 21-11 and Sam Tolchard (Torquay Utd) 21-10 in the semi-final, Martin played Adam White (Chawton Park) in the final on 29 March 2022. After a close start Martin pushed to a 13-2 lead. then the scores came back to 16-8. He then managed to get across the line with a an exceptional 21-9 win!

EIBA Area 17 Finals to qualify for the National finals at Nottingham. Full details available on the EIBA website.

Dorset Ladies' run in the Atherley Trophy came to an end in the semi-final on Saturday 5th March 2022 at Dorchester with a narrow 114-117 shot defeat to Sussex Ladies. After a close game Sussex led when the 4 hour time limit was reached and the last end was not available to be played to claw back the deficit.

Thank you to all those who came to support.

Good luck to Sussex in the final.

Dorset beat Devon 123-115 and now move into the semi-final where they will face Sussex on Saturday 5th March 2022 at Dorchester. 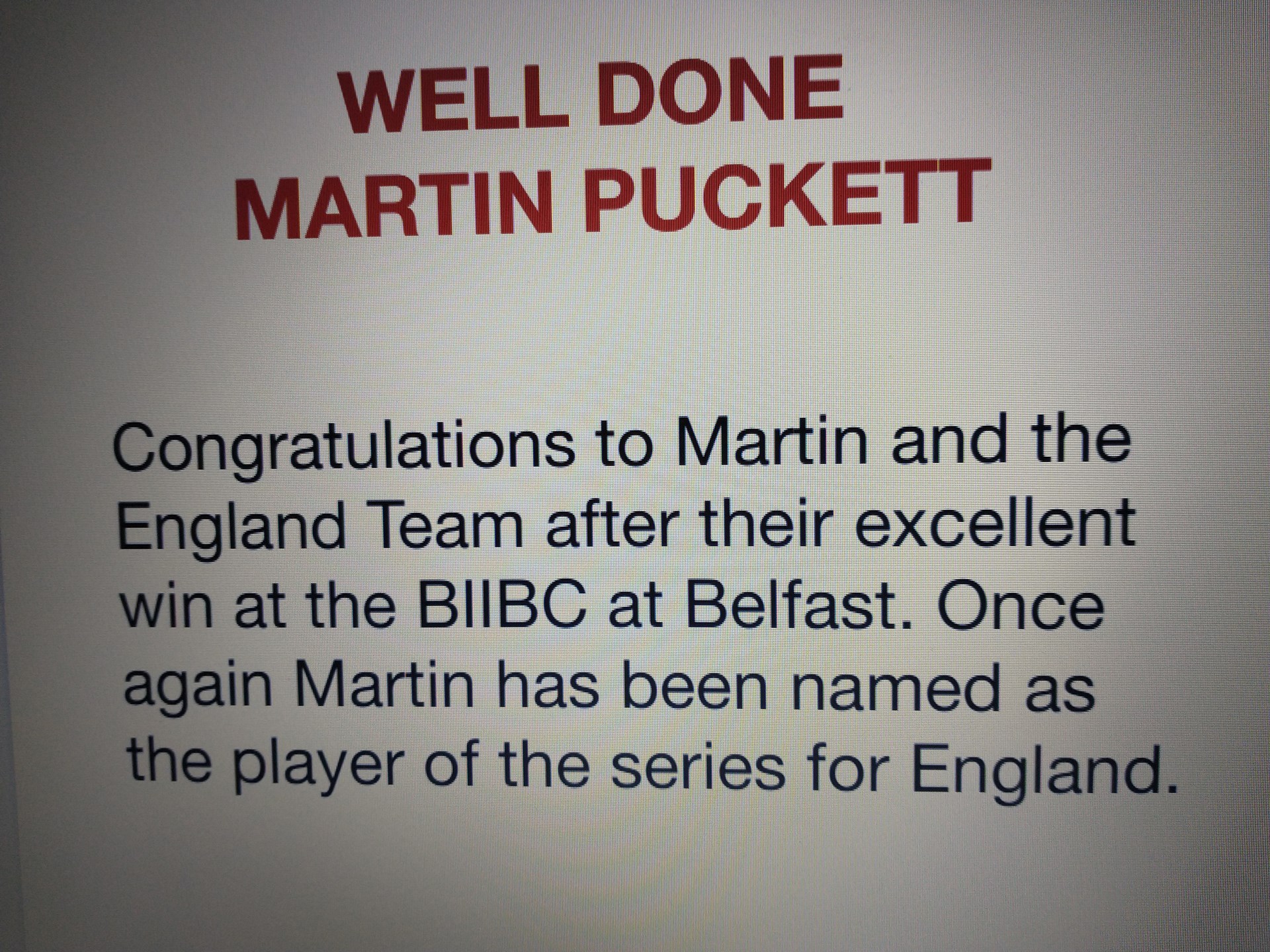